A year of cooperation

You are here:
News 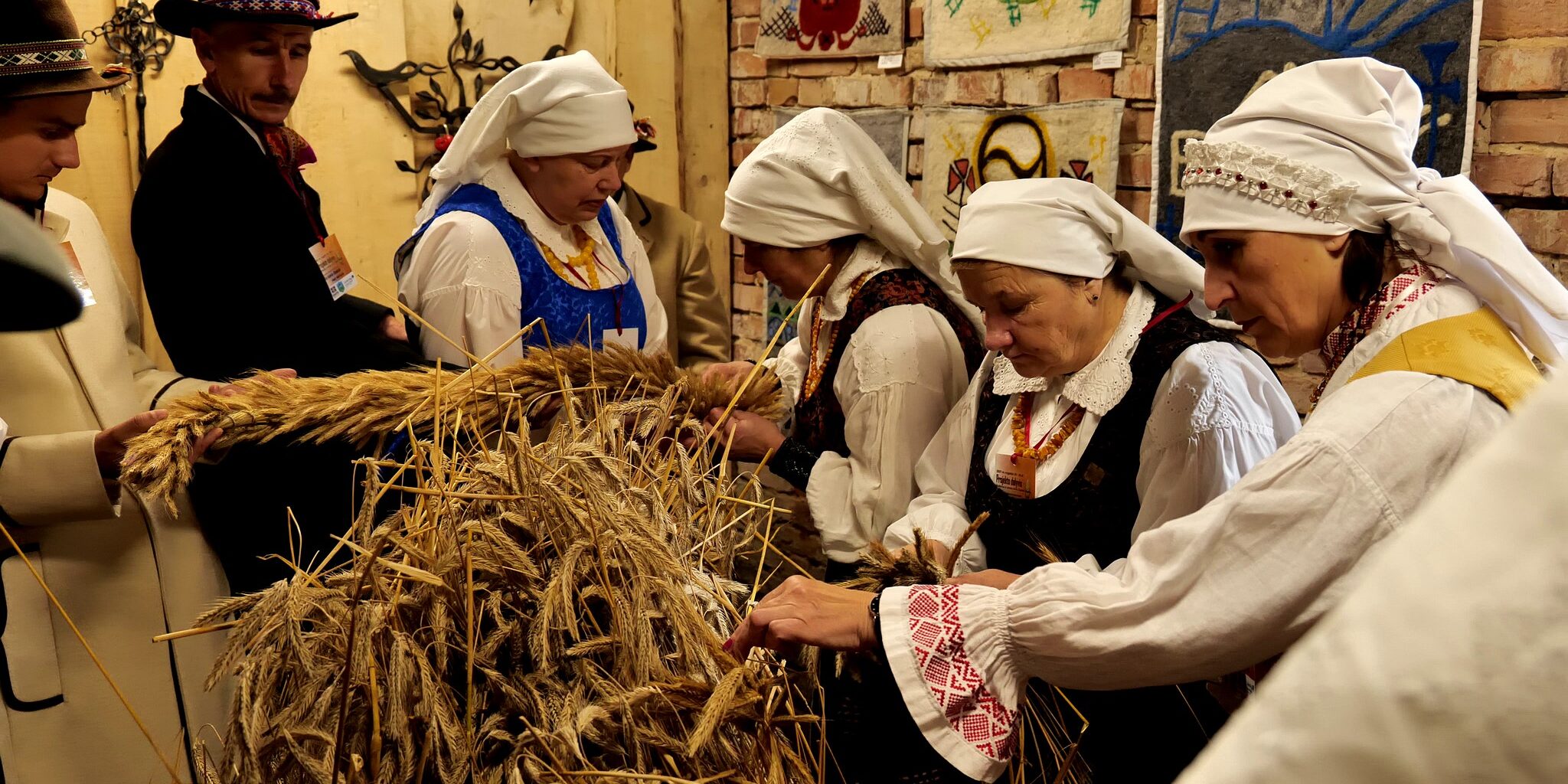 For over a year, the Budry Commune, together with Zanavykų muziejus in Lithuania, has been implementing a project entitled “On the way of culture and craftsmanship – Sakiai -Budry” under the Interreg V-A Lithuania-Poland Cooperation Program 2014-2020. Its goal is, inter alia, cooperation between people and institutions. By that time, many activities based on cross-border cooperation and learning about the cultural heritage of both countries had already been implemented. The Days of Culture and Crafts with the Polish Fair at the Zanavykų muziejus is another event of international cooperation, which took place on September 25-26 as part of the International Educational Bread Festival “Everywhere you will find a bench with your bread”.

The fair was attended by exhibitors from the Budry and Sakiai Commune. handicrafts, honey, ceramics, handicrafts and other local products. The host of the 2-day event was Zanavykų muziejus, which organized an interesting educational and artistic program introducing the culture and traditions of both countries.Participants from Poland listened to interesting lectures on Lithuanian national patterns and colors used in national costumes – chests with symbols of trees of life. They also took part in workshops devoted to baking bread, weaving and painting on wood. Folklore groups from Sakiai presented the rituals related to the end of the harvest combined with the tasting of traditional Lithuanian local products. Participants of the event got to know the educational path from grain harvesting, through manual threshing, cleaning, grinding, sifting flour on museum devices from the 20th century. In the renovated House of Handicrafts, everyone had the opportunity to taste freshly baked rye bread.Between the workshops, Polish and Lithuanian folk groups Budzewiaki, Alebabki and Absolwent as well as Luk šiai KC Zypliai Manor Band presented a rich artistic program.

On the second day, the participants visited the museum with well-equipped exhibits in Čekauskų etnografijos muziejus, and also took part in the baking sękacz workshop in Lekėčių Bendruomenės Moterų Klubas combined with tasting the culinary specialties of Lithuanian cuisine.Mutual, well-organized cooperation has enlivened contacts in the friendly territory of Poland and Lithuania.