The first stage of renovation has been completed

You are here:
Aktualności 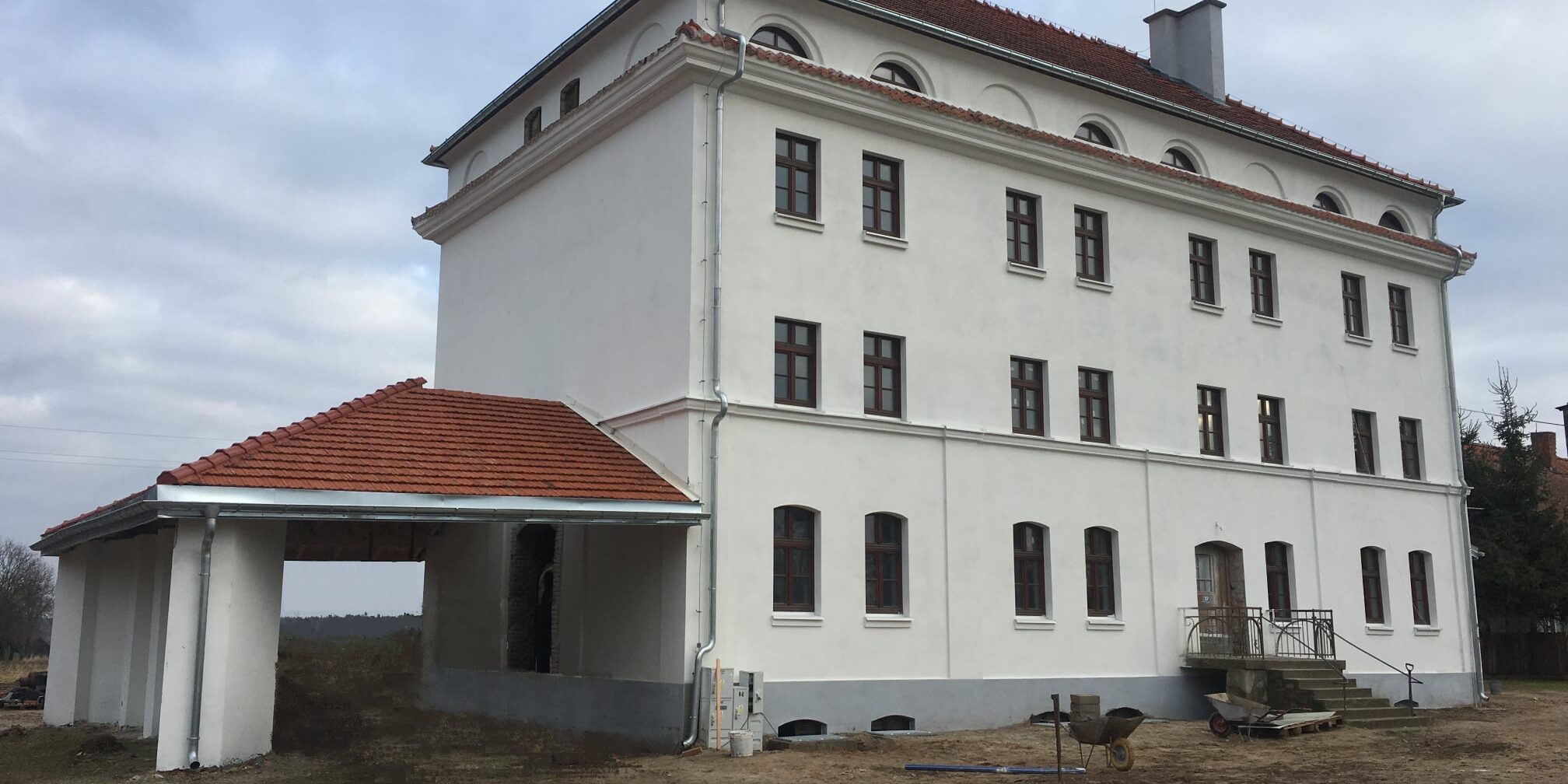 The first stage of renovation of the mill in Budry has come to an end, consisting in the replacement of the window joinery, construction of the facade, roofing on new elements of the building and adaptation of the rooms for educational purposes.

The works were carried out by Kulbacki Krzysztof Zakład Remontowo Budowlany from Ełk. As part of the next stage of the mill renovation, replacement of the electrical installation is planned, which is awaiting the completion of tender procedures. Currently, work is underway to clean and renovate wooden elements and mill equipment, which contain the remains of grain milling. As you can imagine, this is not a flour that remembers the former owner, Bruno Plügett. The mill closed its operation at the end of the nineties of the last century, that is about thirty years ago.
Thanks to the funds obtained from savings, during the project implementation it will be possible to adapt the mill for people with disabilities! The commune has already received approval for equipping the building with an elevator from the project managing authority. As part of the same measures, fire protection will also be provided.
The mill is being renovated as part of the project “On the way of culture and craftsmanship – Sakiai-Budry” financed by the INTERREG Lithuania – Poland program.